My name is Danielle Robinson and I am 22. I was diagnosed with Chronic inflammatory demyelinating polyneuropathy (CIDP) in December 2017 but it took 3 months since I started with symptoms to diagnose. In September I began to have pins and needles in my hands and feet and I would wake up in the middle of the night on occasions and feel like I had a truck sitting on my chest. 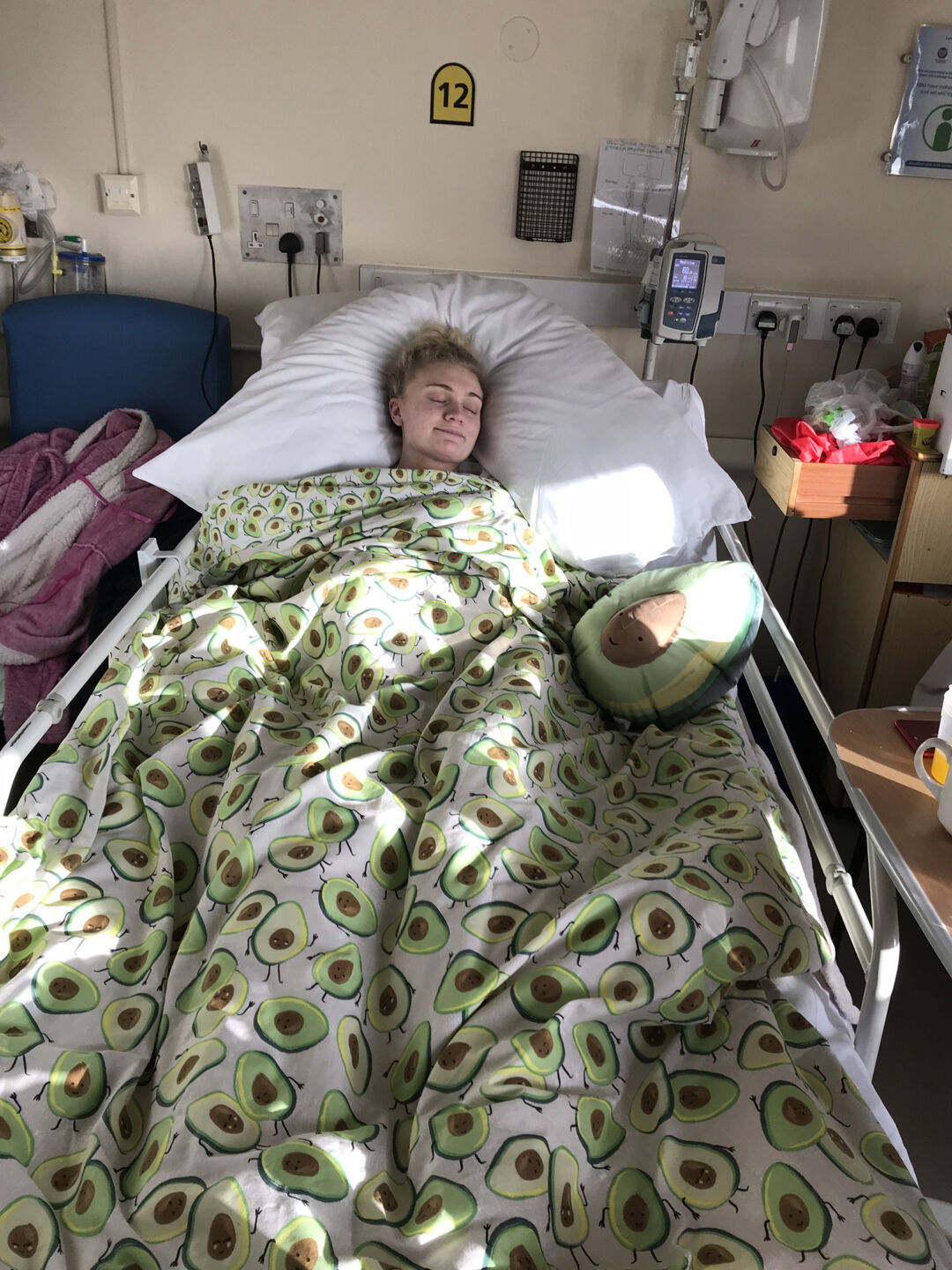 I began to have problems using my hands to function and struggled with simple tasks such as opening a bottle or using my gear stick and clutch when driving my car. I went to the doctors and they put it down to a viral infection. When I googled the symptoms I found that it could be carpel tunnel or arthritis but never come across GBS. My condition continued to worsen, I had severe back pain and shooting pains in my legs come October and noticed I was tired all the time. My body ached and I came down with a cold which I had for two weeks. It wasn’t like a cold I had had before as I was off work with it for a week and suffered severe migraines with it and fatigue. 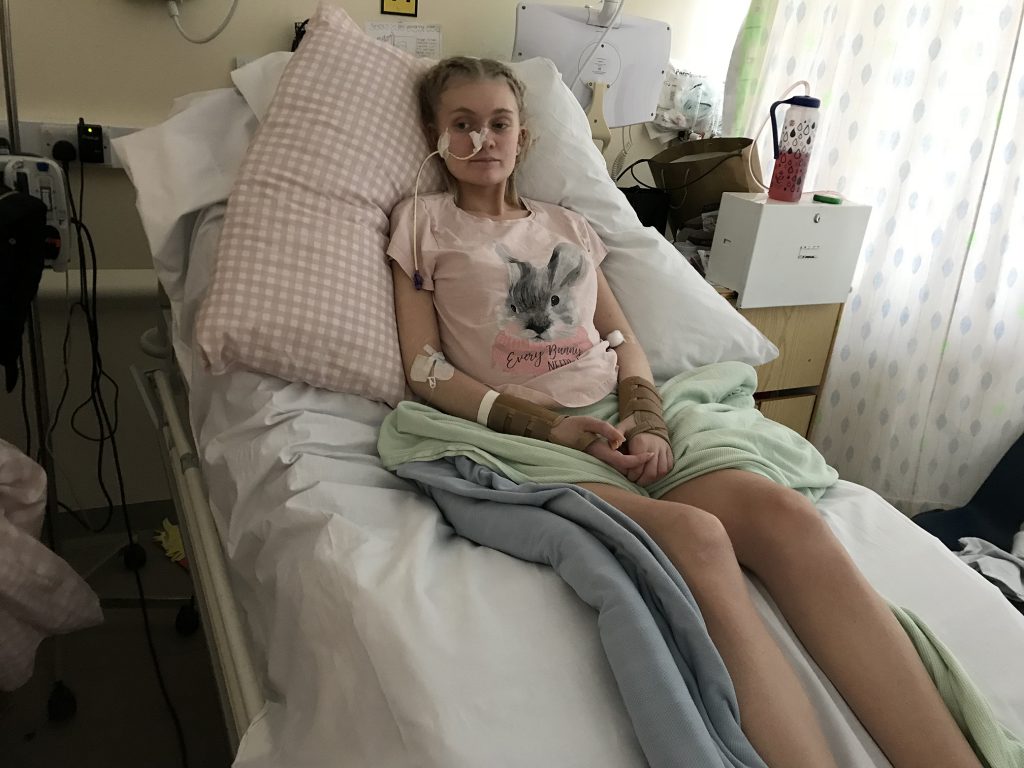 The doctor put all my symptoms down to a viral infection again and I had been back a few times once my cold was gone and they continued to tell me the same thing that it was just a viral infection. The pain was unbearable I had never had problems with my back so knew that whatever was going on with my body that it wasn’t right and it certainly wasn’t a viral infection. Come November and I was unfit to work and was bed bound. I was struggling to get up from the toilet and out of the bath and my sister would have to assist me. My mum came with me this time to see my GP and they referred me to the hospital but again they said the same thing, it was a viral. 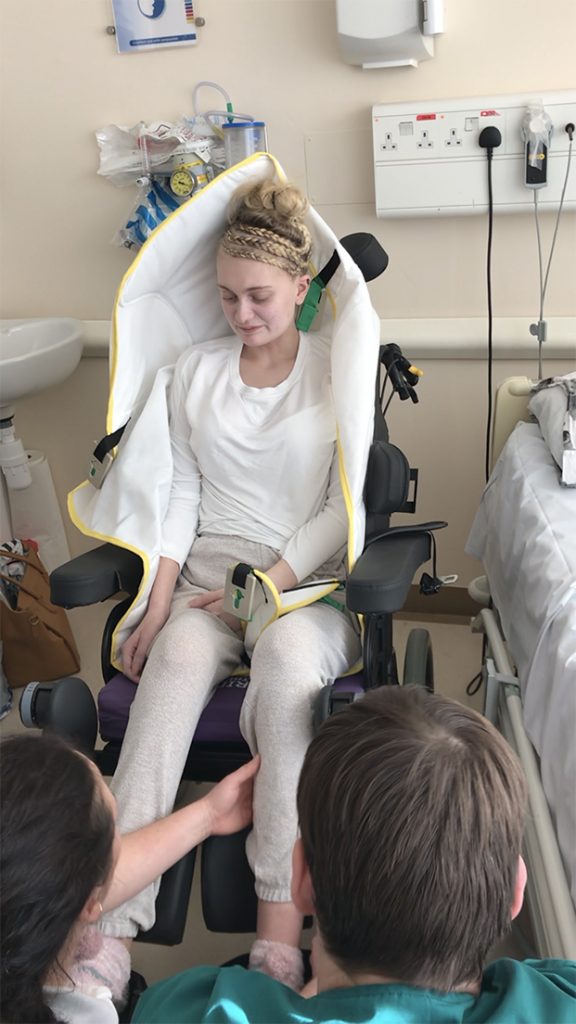 Weeks past and my condition continued to deteriorate so we had been to A&E twice and got no were again. I was told to go home and rest so that’s what I did. By now I was falling over when I walked, throwing up blood, off my food, sleeping all day and up all night and very confused and concerned. On the 1st of December I was finally admitted and a few days later I was diagnosed with GBS after having tests. I relapsed in January 2018 after making progress after my IVIG treatment and relapsed again in March 2018. This time I was  paralysed from the neck down and very unwell. My treatment changed to regular IVIG every 2 weeks and a corse of IV steroids. My body responded well to this and slowly began to get better. I was sent to neuro rehab in April and continued to progress along having my treatment and regular physiotherapy and occupational therapy. 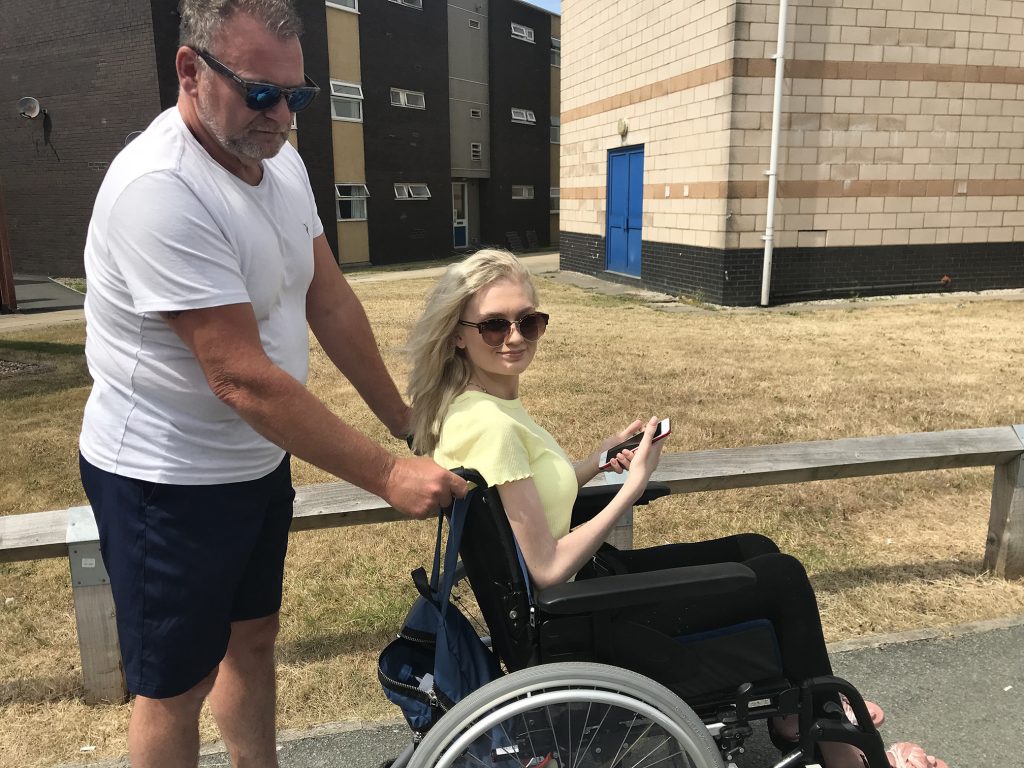 It is October now and I am able to go home for good on the 1st of November. I have been walking with crutches for a week and feel pretty comfortable doing so. I still use my wheelchair when going out. My treatment has changed and I have IVIG every 5 weeks but will be extending the duration by a week each time. 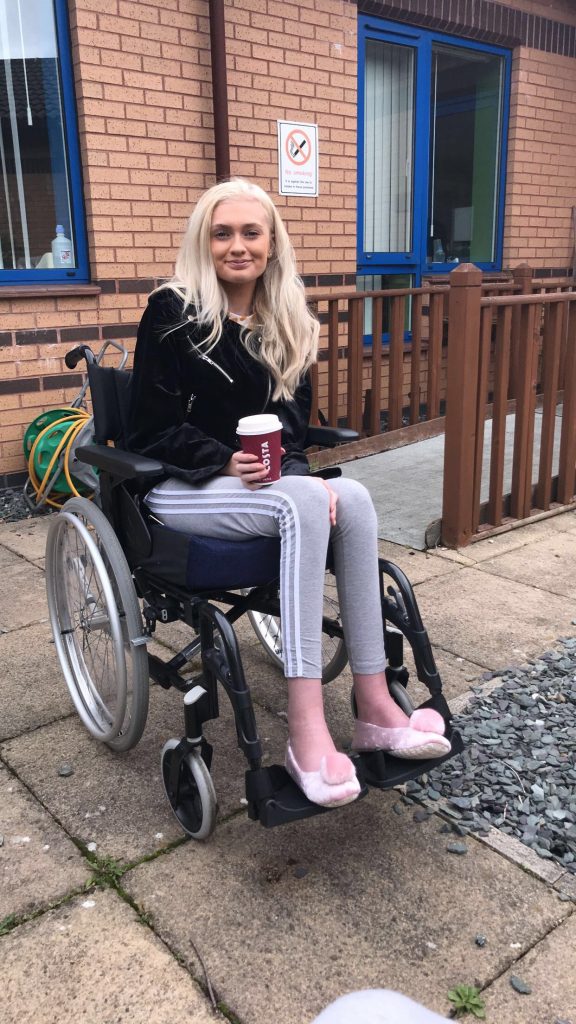 I really want to help others as this experience has been one of the hardest thing I have ever been through as well as my family. I want to spread awareness of this horrible condition and inspire people. It is important to love life and life it to your fullest. I am making progress each day and wish to carry on doing so.