Today, having returned from a brilliant week in Spain with my husband, daughter and two beautiful granddaughters I scurried about opening mail, ringing friends, washing, shopping visiting my neighbour and finally driving to ‘The Crown Hotel, where I am a member of the gym! As I swam I reminisced…. the turquoise sea…. helping Naomi jump through waves whilst hanging on to the tiny hand of Alice, almost two years old, who, fearless, simply wanted to dive into the water!  Who would have thought I could be so lucky! 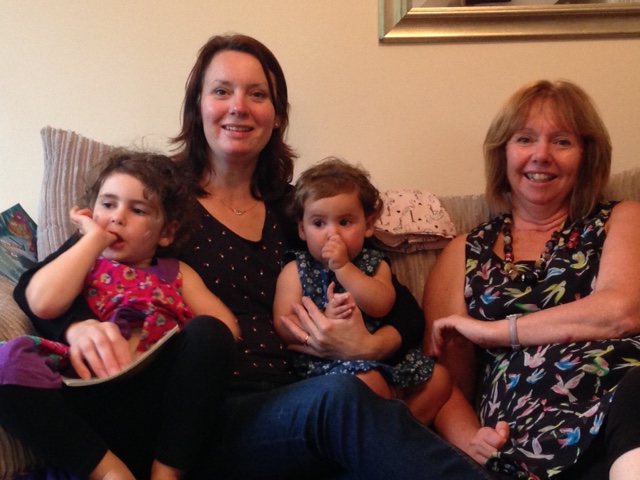 ‘You were just very unlucky!’ Terry, my partner, whispered as I lay completely motionless in hospital. It was August in the year 2000 and we had returned from another Spanish holiday. Although I was in excellent health generally, I had been troubled by an irritating cough throughout our visit and while we were away I’d had a serious stomach infection for two days. I put this down to either the local water or some chicken we had on a barbecue. This infection had cleared up but this day, as I had tried to unpack, my hands became tingly and so eventually I drove to the surgery where my doctor assumed I had taken too much cough medicine. Within hours my whole body felt weak and I could only just manage to pick the phone up to ring again. Still diagnosing this as a ‘virus’ my GP suggested I go to bed.  By the end of the day my legs would no longer support me and I was unable to move my fingers to phone for help. Luckily, as I lay by the phone, Terry came home and immediately rang 999 but when the ambulance driver rang my doctor she told them to carry me up to bed and she would come down to the house after her surgery. By the time she arrived I was completely paralysed and I was taken to hospital. My condition rapidly deteriorated and after a lumbar puncture was diagnosed with possibly having GBS and I was given a transfusion of immunoglobulin. I remember the terror as they monitored my breathing which was becoming increasingly weak and eventually it seemed like a relief when I was given a tracheotomy. 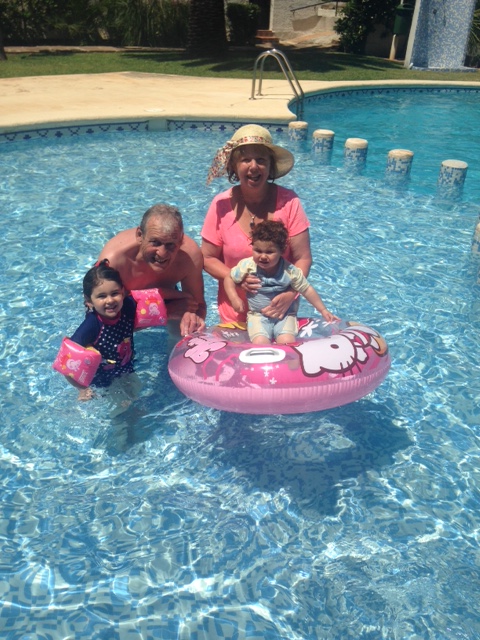 The next two months seem like a blur now but I remember the feeling of complete helplessness, absolute reliance on the excellent nurses and doctors at Harrogate intensive care unit and the scary reality combined with morphine induced nightmares. I remember seeing a clock and watching as minutes seemed like hours and being so aware of the conversations of the staff around me. I felt trapped and out of control! My feet were splinted and physiotherapists gave me regular physiotherapy. Before being transported back home to Scarborough hospital the doctors performed a small procedure so that I could speak after weeks of silence. During this whole time my family had been a fantastic support which involved massive disruption to the lives of my daughter Jennie and Terry who actually gave up his job temporarily.

Eventually I was taken back to the stroke unit in Scarborough where I began to regain tiny amounts of movement – G B S Getting Better Slowly!  Life was regimented by doctor’s rounds, drug rounds, bright lights and hospital smells and sounds.  For four long months visiting times came and went and I was so happy to see my friends and family who continually gave me encouragement. 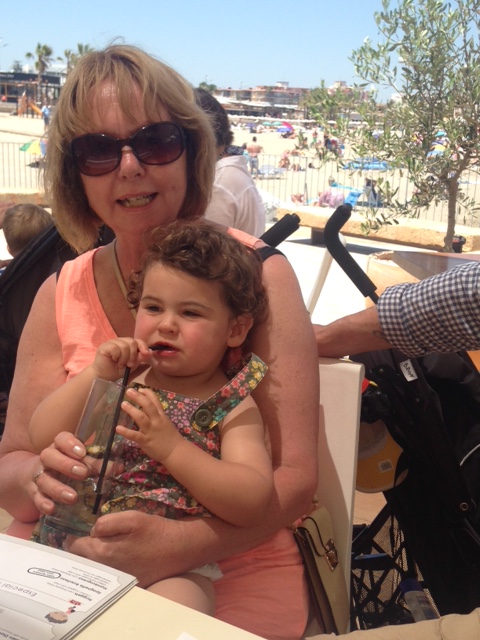 Terry used to arrive every evening with some entertainment and at one time was playing ‘bingo’ with all the patients in my ward which was no small effort as no one could move! We used to laugh night after night as he rushed around helping patients cross their numbers off and giving prizes! One evening, to the amazement of everyone, he actually proposed! There was a huge cheer when I accepted!

Meanwhile plans were being made to find long term care for me and evidently, at one point, a care home was suggested because my house had steep steps and no disabled access. However, with great difficulty, Terry and David, my cousin, managed to construct a concrete wheelchair route through our garden and following this the occupational therapy team  installed a hospital bed, a chair lift, two hoists, a bath chair, a commode and many enabling pieces of equipment around my home. 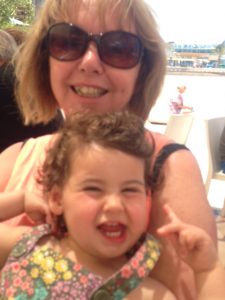 During the day I was taken care of by many wonderful carers who literally looked after all my needs as initially I was still incontinent and unable to move much.  At night Terry or my daughter Jennie looked after me and my friends and family made massive efforts to make life bearable by taking me to hear music at pubs, visit the pictures, go out on shopping trips in my wheelchair etc. etc. Although it was exhausting, I was helped enormously by being taken to a swimming pool and lowered down in a hoist where I could stand using the water as support. Life was never dull and there were many very amusing incidents. Every morning each carer had their own way of blow drying my hair, putting make up on etc. so I always looked different! Once, by mistake, I had my teeth brushed with anusol rather than toothpaste! By the time a year had passed I was beginning to gain far more strength and slowly but surely began to take weight on my legs. Like a toddler I began to walk, learning all the moves for the first time.  My first independent step was one year and two months later when I took a step on the beach on a visit to Seahouses in Northumberland. At this point I was still very dependent on a zimmer frame and other people. As well as attending physiotherapy and visiting the hydrotherapy pool I was determined to make as much of my life as possible but everything was such an effort especially for the people around me. Gradually the movement in my arms, wrists and eventually hands and fingers returned and many hours were spent practising hand exercises using rubber bands, rings and pegs of various strengths.

Before the illness I had been encouraged to take out a critical illness insurance which was supposed to have paid me some money if ever I couldn’t work.  Although I was off work for two years the company refused to pay anything to help because GBS was not on their list of illnesses! 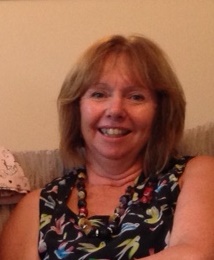 During this unbelievable time in my life, after months of determined effort to get better and having even tried spiritual healing once,  one of the best pieces of advice I was given by a doctor was ‘Anne, you would eat greek donkey poo if someone told you it would help, but it wouldn’t make you get better any quicker!’ We used to laugh, in the later months of my recovery, as I could walk very enthusiastically, to where I wanted to go but when I arrived I still needed help to perform day to day tasks. One of the very amusing incidents was when Terry put me on a train in York to visit Jennie in Birmingham where she helped me off at the other end.  Unfortunately, by mistake, she picked up an identical ‘black’ suitcase off the train and when she got it back to her house she asked me why it was full of artist’s tiles and paints. Poor Jennie had a week trying to track down and return this case to an artist as well as having to contact British Rail to try to retrieve my case from Portsmouth where it had ended up. At this point I had to wear special clothes such as elasticated waist skirts and slip on shoes.  I had button fasteners, zip pullers, bottle openers, specially designed knives, forks and plates which were all in my case! We had to try to find suitable clothes and find ways to survive a week in Birmingham.

My main aim, after two years of ‘getting better slowly’ was to return to my career as a primary school teacher with which I was helped by a scheme called ‘Access to Work’ which enabled me to teach full time with some additional hours given to a few amazing assistants who helped for a few hours a week with display and preparation as I still found fine motor skills challenging at this point. I found many simple ways to compensate for my still slightly weak hands and I was literally a ‘bag lady’ as I used a shoulder bag or trolley to enable me to carry small objects around. The head teacher, children and staff were amazing with their support. As I drove to school in September on the first day back I had tears of happiness as I had been so excited for so long about this day and Janet, my fantastic assistant, and myself had spent all summer holiday sorting out the new classroom for the children.  Unfortunately that day there was a flood and we had to begin all over again!

Twenty-six months after the onset on GBS we had a happy wedding when I married Terry followed by our hilarious honeymoon in Barcelona where we went to the wrong hotel and hopped on and off a big red bus.  I continued to teach for a further sixteen years and retired at the age of 60, to spend more time with my two gorgeous little granddaughters. I haven’t been able to play the guitar since the illness as I lost some strength in a couple of left fingers but at least I can pretend that I used to be a good musician! I can now do everything I want to do although I don’t have any intention of taking up long distance running! 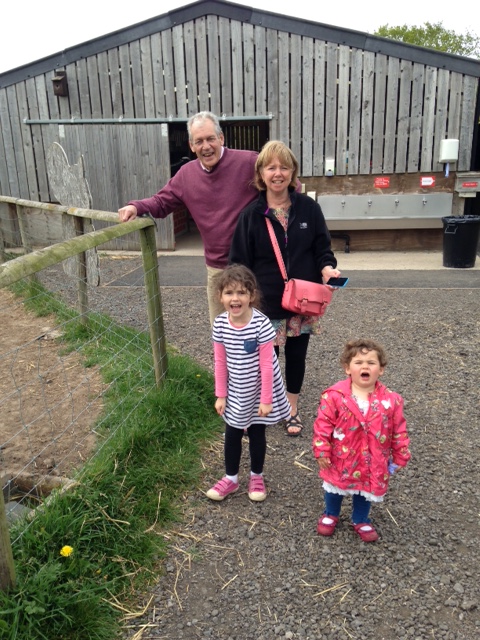 I do love dancing! Looking back maybe I should never have let on to anyone that I could iron! I have been very fortunate with my general health and I do have lots of energy. The GBS seems like a small blot on the landscape now and I would love to give hope and encouragement to anyone reading this who is struggling to be positive. I got better and have enjoyed some of the most amazing times since that day!