Back on the ice

Ice hockey fan favourite back on the ice

Ice hockey is a sport perhaps most would associate with North America and Canada but this fast paced, physical sport is also played throughout the UK.

Canadian Mike Egener is a defenceman for Coventry Blaze who play in the UK Elite Ice Hockey league (EIHL). Mike spent his first season with the Blaze in 21012/13, quickly becoming a fan favourite. At the end of the season, after re-signing for the following season and having been announced as the new club captain much to the delight of fans, Mike and his family returned home to Canada for the summer months for what was supposed to be the start of a relaxed off season. What happened was the complete opposite…

On 20th June 2013, he set off in the early morning to collect his UK visa. By the time he returned home later that afternoon he and his family were being asked by the police to evacuate their home because of the risk of flooding. Within the next two days, Calgary was hit hard with floods as Mike and his family watched on in total disbelief. It was the perfect storm; continuous rainfall mixed with runoff from a record snowfall in the mountains. The result: Mike’s home, located close to the Elbow River, which created the most amount of destruction, was left needing extensive repairs and restoration.

A short while later, Mike started to experience some issues with his health. In an interview with the Blaze, Mike explained how it felt, “It was shocking. Here I am, a healthy athlete, and all of a sudden I was slowly losing my mobility. I was very concerned and scared. Initially, I thought it was something to do with my heart (circulation) or a pinched nerve in my back until they were both ruled out. It progressed to the point where I needed to go to hospital. 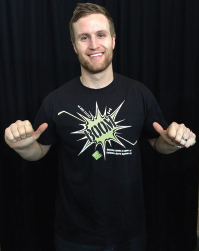 At the hospital they were dumbfounded until the Internal Medical Specialist diagnosed me with GBS. From there, I was put in contact with Dr. Blaine Foell, a Neurologist in Huntsville, Ontario who required me to have the necessary tests done such as: blood work, CT scan, spinal tap, nerve conducting tests, IVIg treatment, etc.

“My symptoms progressed from tingliness in my fingers and toes to the point where I had a tough time walking, climbing stairs, or even picking myself up.”

Mike was forced to contact the Blaze Head Coach Matt Soderstrom to tell him he couldn’t take up his place with the club as captain for the 2013/14 season. Believing he would never play pro ice-hockey again, Mark started his rehabilitation and shortly before the start of the season, the club released a statement announcing the news to fans. the reaction from fans was a mixture of shock, sadness and a surge of goodwill wishes for Mike’s swift return to good health. Tweeting at the end of August, Mike posted the following messages to fans, “I’m absolutely overwhelmed by the thoughtful messages. I sure have been thrown a couple curveballs the past few months, but will prevail. Heartbroken I won’t be suiting up for the Blaze this year. Loved battling for them and playing in front of the best fans in the EIHL.” 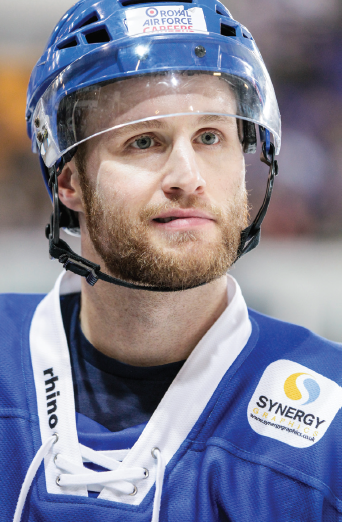 Having learnt the news, Blaze fan Aimie Dawson decided she wanted to do something to show support for Mike, “Being an ice hockey fan makes you part of ‘the ice hockey family’, everyone pulls together in times of need to support each other. I wanted to do something to show Mike that fans cared and were supportive of him as he battled his illness. Like any professional sport club, we have Blaze merchandise for fans to buy, so I decided to contact the sponsor involved, Nick Upton at Synergy Graphics, to see if we could produce a charity t-shirt we could sell to raise money for Mike. As soon as Nick said it was possible I contacted the club to set things in motion. The club contacted Mike, and he nominated GBSSG to receive the money we raised.” 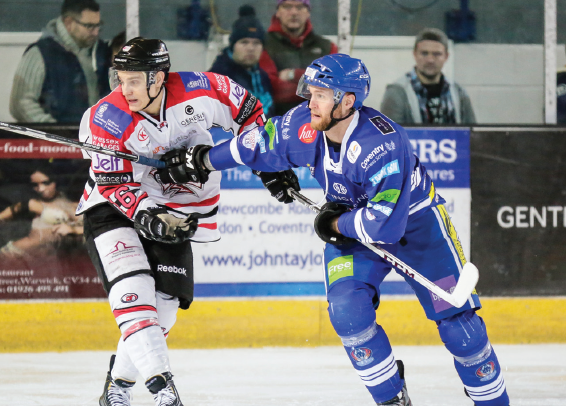 In the next few months, with the help of Nick and a second sponsor, Chris Hammond at ha-creative design, the Boom t-shirt was designed and was ready for fans to buy, “There was a lot to organise and do,” says Aimie. “The ‘Boom’ idea came from the sound which is made when a player checks another player of the opposing team against the boards during a game, something which Mike would regularly do! I contacted Lesley at the GBSSG, and after a quick lesson in ice hockey, explained what we were hoping to do and why. It took a little while but we were finally ready to start selling the t-shirts by the end of November.”

Whilst plans were underway to fundraise in Coventry, Mike was continuing to progress with his treatment in Canada, receiving IVIG treatment in Huntsville, Ontario. Mike credits the unbelievable care of Dr. Blaine Foell and his staff for getting him back on the right track, “For me being strong mentally and taking it day by day allowed me to persevere. I am in no shortage of good people who stood by and supported me and were willing to do whatever in order to allow me to heal.”

Making steady progress in his recovery, towards the end of October Mike tweeted, “9 weeks ago I was suddenly hit by GBS. Yesterday my Neuro gave me the ok. Today I won a small battle… biked to the local Starbucks 🙂 Thankful”

Mike’s continued recovery meant that on 14th November it was announced that he able to return to play again with the Coventry Blaze for the remainder of the season; “I was pumped to say the least when finding out I would be returning to the Blaze especially coming back to a place my family loved so much and a team I enjoyed playing for. It’s been a tough road back and I’m really looking forward to the challenge.”

News of Mike’s return coincided with the charity t-shirts being ready to go on sale. They were launched at Mike’s first home game against the Belfast Giants. In the sixth minute – Mike’s shirt number – fans from both sides showed their appreciation by applauding, “The sixth minute salute meant a lot and is something I will always remember. It was a pretty special moment and it was pretty emotional – I am a softie really! Fans across the Elite League have been so supportive and I appreciate that.”

Following the launch of charity t-shirts, Aimie created a just giving page and a text giving number and set a target of £1000.

“I wasn’t sure whether the target would be possible but it was something to aim for.”

Then, shortly before Christmas, an impromptu auction on twitter saw £700 raised on one day (front cover pic).

“It was completely unbelievable, what started with someone offering three bottles of wine to the highest bidder, with the money going towards the fundraising for the GBSSG, suddenly snowballed. People were adding to the auction lot as well as bidding. The final prize fund include wine, champagne, spirits, food, various gift experiences, tickets to a Blaze game, and so much more. We soared through the £1000 target with people making online donations too. The generosity of people was just amazing.”

But with over two months of the season left, Aimie, with the support of other fans, is still working hard planning events to raise more money. A ladies cocktail making experience is planned for March 2014 supported by the Blaze main sponsor Genting Casino, and plans are also underway to host an evening event with a guest speaker before the end of the season.

As well as the events, fans are constantly coming up with ideas to support the fundraising, Aimie said. 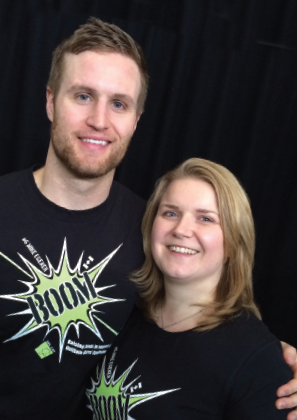 “Supporting the team when they play is crucial and the best way to do that is for fans to make plenty of noise during the game. Visiting fans from Canada donated some specially designed cowbells, the sales of which raised £160. Another fan and his family have donated a large jar of change they’ve saved over the past year and it’s our intention to have a “guess how much is in the jar” competition for fans to win the money. We’ve reached over £1500 raised so far, it would be awesome if we could raise £2500 before the end of the season. Everyone associated with the Blaze has come together to support the fundraising for GBSSG, it’s been hard work at times but it’s been worth it. I’m really pleased at how much we’ve raised and I know Mike is really thankful to everyone who has shown their support.”

And the final word from Mike, “I believe the cliche everything happens for a reason. It has been tough and definitely tested us. It is not how I would have planned it, but it is what it is. I guess that is what makes life interesting; you never know what to expect. My message to the Blaze fans would be, “You stood beside me while I battled through GBS and I honestly cannot thank you enough. All I can do now is show you my appreciation by battling for you night in and night out.” 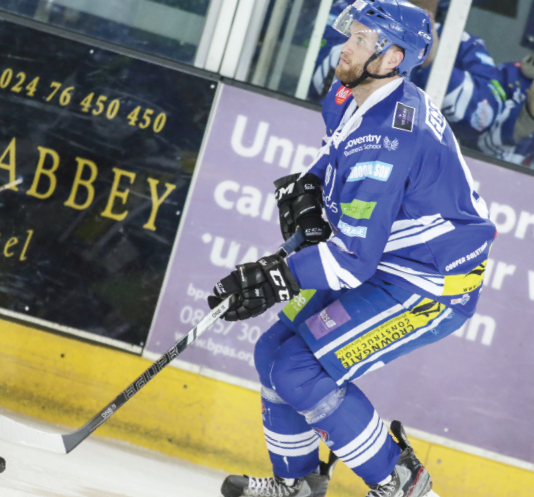