Dylan was only three years old when he started to complain that his legs hurt. His mum knew it wasn’t just growing pains, but it took a few days of fear and uncertainty before Guillain-Barre syndrome was confirmed.

Dylan’s symptoms started with him kicking his legs around all night crying in pain, but we couldn’t really understand the exact problem. He was only three and had nightmares, so we weren’t sure if it was if it was a really bad night or that something was wrong.

He woke up from a little bit of sleep and seemed fine but tired the next morning. he said his legs hurt but was happy enough and went to nursery.

When I collected him, he was as white as a ghost and said his head and legs hurt. the teachers said it had started in the last 10 minutes, but he’d been fine until then. I took him straight to the Doctors who said it was growing pains. I wasn’t convinced but took him home and the same happened all night. 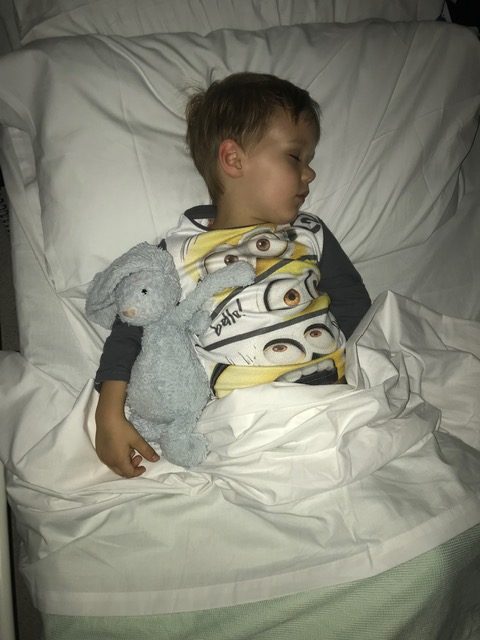 Something wasn’t right, it couldn’t just be growing pains. Dylan stopped wanting to stand and became unable to weight-bear in his legs and so I took him to A&E.

They were convinced it was irritable hip, but they needed to rule out septic hip. After blood tests, x-rays, an ultrasound and an MRI where he had to be put under general anaesthetic, septic hip was ruled out. Dylan was getting progressively worse with time which ruled out irritable hip altogether.

The morning of Dylan’s diagnosis, he stopped being able to pick up his apple slices with his finger tips and was pawning at them with his whole hand. He was now virtually horizontal in bed and having to be carried to move anywhere. he couldn’t hold a drink and was in agony to be touched at all.

The Orthopaedic team handed him over to Neurology and Guillain-Barré syndrome was the suggested diagnosis. This was a week on from the first signs.

Dylan was moved to a room in front of the nurse’s desk and we were warned that he may need to be ventilated if he got any worse. Dylan had nerve conduction tests which almost conclusively diagnosed GBS and ruled out the need for another MRI and Lumbar puncture. Dylan started on intravenous immunoglobulin that evening through a cannular in his foot. His heart was monitored throughout the night.

It was the most horrific night, but he was so brave. The next day, there were signs of improvement. He had his second round that evening, a day off and then the physio came to meet him. Hollie was amazing and Dylan bonded with her straight away along with the occupational therapist, Bronagh.

Over the following weeks Dylan had to learn to do a lot again – firstly just sitting upright. He couldn’t sit on his bottom without being in complete agony. He had to learn to hold his fork, drinks and food again, to go to the toilet and later to walk again. He started by rolling, then ‘army’ crawling, crawling on all fours and then after 20 days, he took his first wobbly steps!

It took a lot of play to get him back to his full self, but you’d never know this had happened to him now. He never talks or asks about it, he just got on with it all as if it was just one of those things.

He has been signed off by the neurologist as being recovered and hopefully it will never return. It’s a parent’s worst nightmare to see your child in so much pain and feeling so helpless to do anything to take it away. The thought of it returning is a worry but at least the signs will be more obvious. Dylan’s strength throughout was so inspiring. Hopefully his story will help other parents going through a similar experience right now. 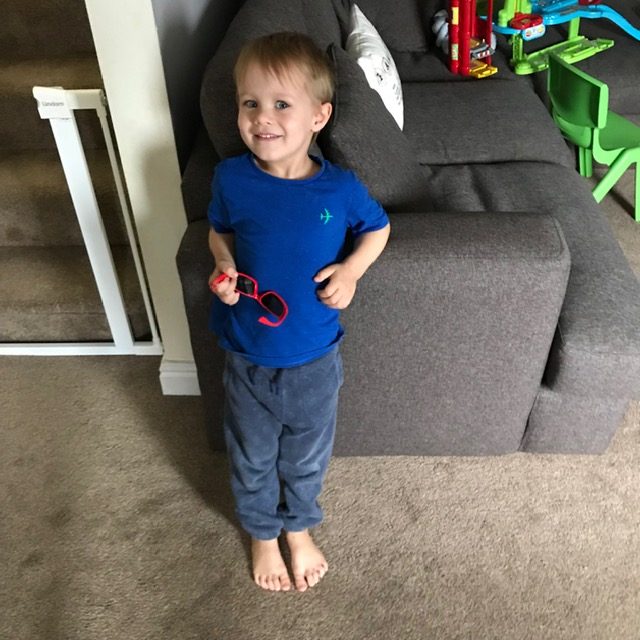 If your child has been diagnosed with Guillain-Barre syndrome, or one of the variants, GAIN can provide information and support, and put you in touch with other parents who understands the issues you and your family are facing.

You can phone during office hours on 01529 469910 or email us any time at office@gaincharity.org.uk