On the 26th April 2010 my life as I knew it changed forever. My whole life evolved around sport and I was heading to Africa to coach football and so I had to have the yellow fever vaccination. The next day I woke with breathing difficulties and weakness and as the day progressed my symptoms were getting worse so my friend took me to the local A&E; I agreed to go having no idea what was to follow. 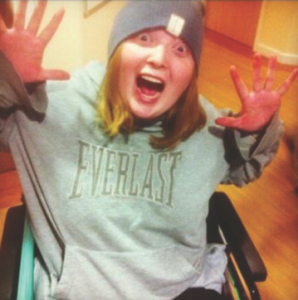 I had a battery of tests and was diagnosed with Swine Flu. I remember having tubes coming from everywhere; the arterial line was the most painful. The weakness had spread to most of my body now and I was suffering badly with pins and needles. The consultant was not happy with how I was progressing and ordered a load more tests. This time it came back as a diagnosis of GBS. I was admitted to ICU and immediately started a course of IVIg treatment. I don’t really remember the next few months; I was in and out of the ICU. I was receiving physiotherapy and my mum would give me reki and reflexology. I was so scared, I didn’t know what was going on, and I hated being in hospital more than anything I could ever think of. Imagine you can only feel intense pain coming from all over your body, but can’t move anything, this happened in my case. 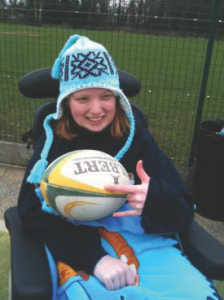 I started to make small improvements and I was moved to a general ward. Not long after being there I was moved to a neuro rehab unit. I received vital support from the whole therapy team which included physio, OT and SALT. I started to deteriorate though and was moved back to HDU and a general ward again. This was a terrible time and I was stuck in bed with no stimulation whatsoever. I remember crying uncontrollably. I just wanted to move, I just wanted to be on the floor – It felt more normal than being on the bed. I then had the most horrendous news anyone could hear, my beautiful best friend had died. I couldn’t cry; I felt numb. It was at this point in my recovery that I saw all the letters and pictures from family and friends. Each card contributed to the increase in my shattered confidence. I was hit by a huge overwhelming feeling of guilt. I was horribly aware of all the worry and pain I had caused all my family and friends. I spent long periods by myself which just allowed my thoughts and feelings to make me prisoner. The nurses had to do everything for me, was, dress, feed me, oh and put me in those lovely pink nighties!! I had not been outside for months and months, the first time I went out was to watch my hockey team play. I was gripped by paranoia and I was scared. We did have a laugh at my mum driving the van, this was an experience. Over the next 7nmonths or so I was starting to recover some movement. I could now cheat in OT when I was learning to brush my teeth again: I would move my head instead of moving my arm. The same when brushing my hair, I would move my head not my arm. I made some good friends on the rehab ward, some that I’m still in touch with now. My friends decided to do some fundraising. Five members of my hockey team did Manchester 10k run and 2 of my friends did a 24 hour bike ride, I’m sure they had sore bums afterwards. They did a raffle too, with prizes ranging from a signed Manchester United shirt to personal trainer sessions. I had lots of support coming from people but on the inside I was really suffering. There was so much support and positivity coming from people but inside I was suffering from depression, and I was just getting worse and worse. had a psychiatrist come to see me and he wanted me admitted to his ward, so that’s what happened. I was the lowest I’ve ever felt in my life. Christmas passed and so did my birthday; I was getting no better. My physio had stopped and I was just spending all day in bed. They didn’t have the facilities to help me physically. I gained a lot of support from GAIN. Members set up a group on Facebook to get me out of this hospital and back to rehab. One of the main reasons that was hindering my movement back to rehab was arguments about money and which trust was going to fund it . After many more months they finally decided who was going to pay and I was moved to rehab in Wales (February 2014) 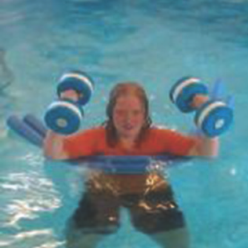 I am now having physio, OT and hydrotherapy. The hydrotherapy is amazing, I can do so much more in water than on land. Hopefully now I’m back on the right track and will be getting some sort of my life back. I did a walkathon in February, I took 10 steps and raised £1,642. I couldn’t believe it, the money just kept coming and coming. Hayley Watson Click here for an update to Hayley’s story