I dreamed of this, as I lay paralysed in a hospital bed. The leather-skinned steering wheel, warm to the touch, playing through my palms as the yacht heeled, gathered on its haunches, settled in its groove and powered up into the shimmering, rolling dunes of chromium blue glitter. 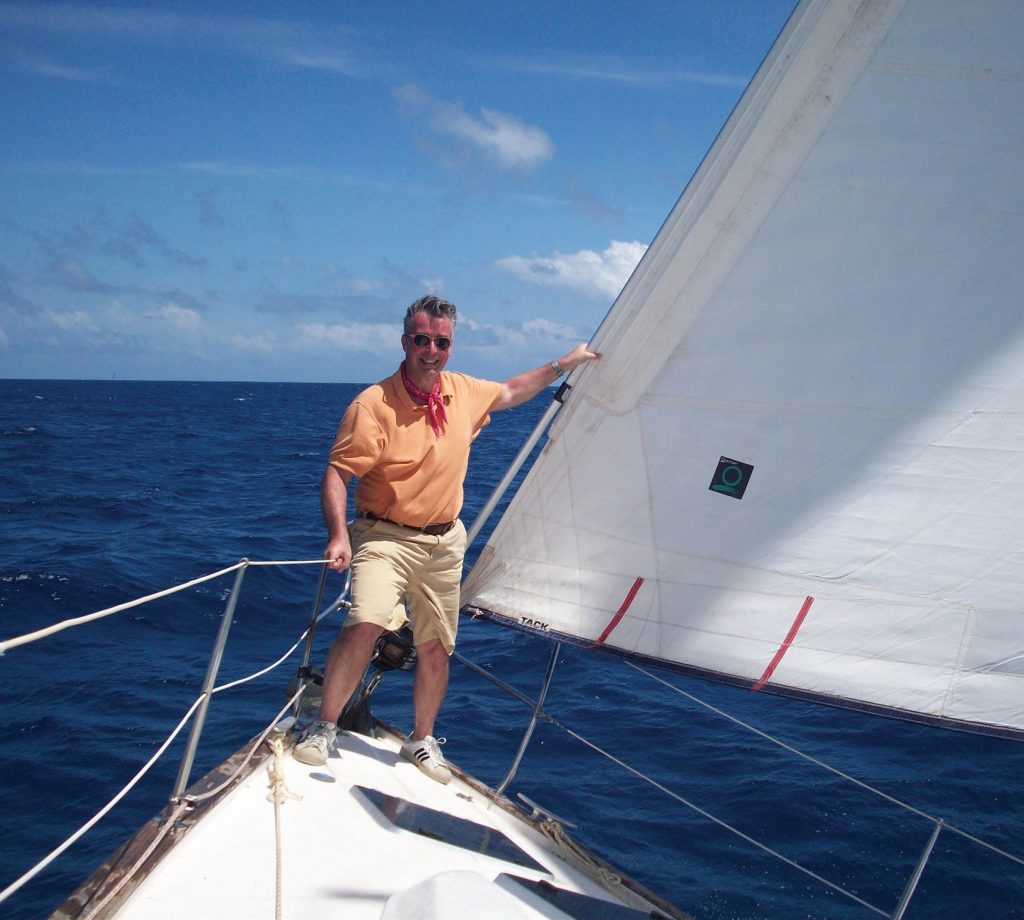 These were the very winds, the ever-steady trades that were super-highways of the sailing age, blowing from the east, like a train on tracks, the driving force of discovery, empire, trade and global commerce. They brought Columbus here in the 15th century, 3000 miles across the Atlantic, but he sailed on by. Nearly three centuries later the young Captain Horatio Nelson, then a 26 year old frigate commander, was posted here but never lived ashore as sailors and engineers fell to disease and excess of rum punch while Britain built a strategic stronghold to control the seas. The legacy of English colonialism is the historic dockyard buildings, the kids filing to school in pristine uniforms with dazzling white shirts and a relaxed atmosphere and culture that Europeans will find refreshingly un-Americanised. Here in Antigua, cricket is the religion. It’s also the sailing capital of the Eastern Caribbean. 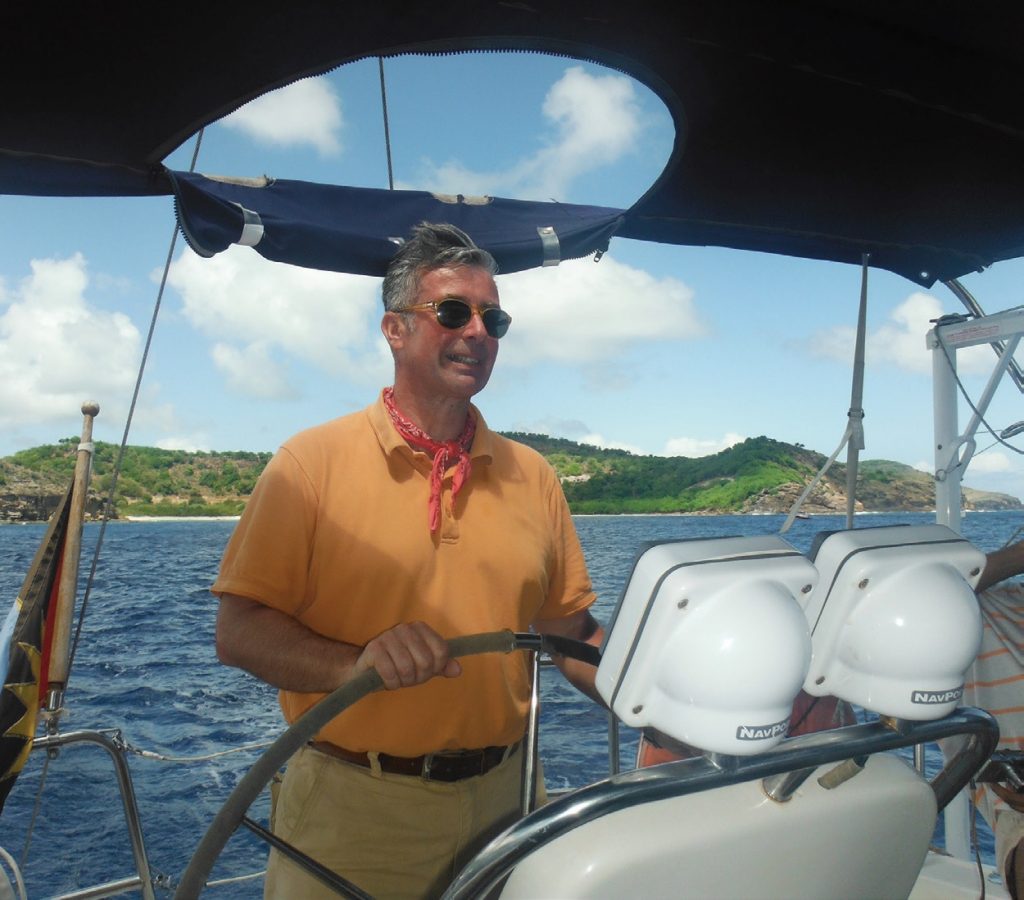 I’ve dreamed of this for years. And to be frank, I’m being greedy, hogging the helm on the Bavaria 42- footer yacht that we’ve chartered from on deck sailing. This is bliss, sailing dazzling waters where you can see your anchor nestling deep below on a cushion of golden sand, dip your toe and dive in without saying, “actually, it’s not that cold.” Day time average temperatures throughout the year are fairly consistent 27-31 C (80-85 F), generally with a breeze to take the edge off, and the sea is just perfection all year round.

I’m relishing the sparkling spray that flies over the bows, fizzing on my skin like sparkling tonic water. I want to get wet. And my legs work. There’s a gyroscope in there somewhere transmitting messages to my muscles, and they’re getting through, to operate the pistons that long ago were seized.

My reverie’s interrupted by the bleep of one of the cock-pit instruments. It’s the generic signature of digital machinery. A while ago those same beeps – but more of them – came from a phalanx of glowing green-screened instruments that penetrated my drugged up fug as I ebbed and flowed from consciousness to bewilderment, fear and beyond.

From nowhere, I’d been laid low by Guillain-Barre syndrome (GBS), a rare disorder that hits about 1200 people in the UK each year, attacking the peripheral nervous system. In two days, just like that, it took my legs away; they were dead; useless. Around 5% of patients die, but I was lucky. After a week in high dependency unit where they pumped me full of anti-bodies I was walking again, tottering more like, but vertical. 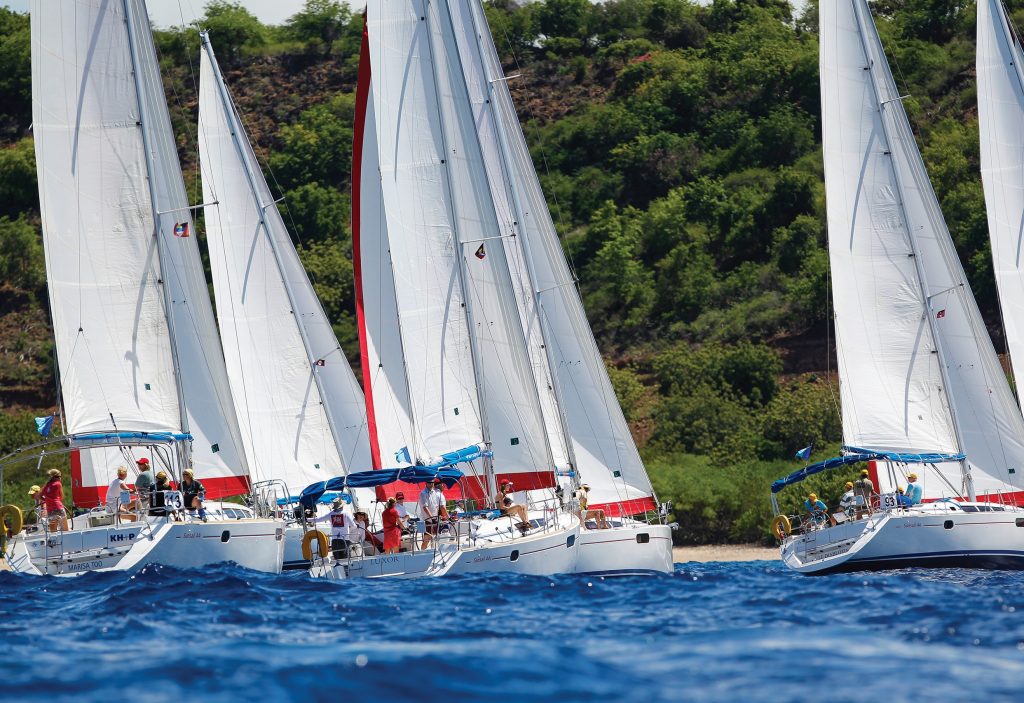 But there was one thing I wanted more than anything else: to sail again. And it was only thanks to a nightmare that my Antigua dream became a reality this April. But it was better than that. For keen sailors there’s no better than that. For keen sailor’s there’s no better time to visit than in Antigua sailing week when over 100 yachts from all over the world converge on Antigua to race and play in one of the world’s premier regattas. On a day of stiff breezes we ventured out on a catamaran to chase the action, sipping rum punches as the sea frothed with a spectacle that looked like a thousand butterflies dancing on peaks of meringue above a quivering jelly of blue Curacao. For lunch we “anchored” by tying up to a palm tree on one of the 365 beaches on this 180 square mile island paradise that measures barely 17 miles by 12.

Earlier, at our base, the St. James Club I’d taken a hobiecat fun catamaran for a sail in the hotel’s sheltered bay. Later on a break from the water, we travelled inland to ride a zip-line through the rain forest, but I soon found I’d over-reached myself. Standing there, kitted up like a tropical off-shoot of the village people in hard-hat and harness, my legs went very wobbly and I ducked out as 12 year olds whooped with joy zipping through the lush canopy above deep canyons. Possibly this was pure nerves, but a reminder, perhaps, that I have limits. For, since I recovered from GBS I’ve contracted a rarer chronic variant called Chronic Inflammatory Demyelinating Polyneuropathy (CIDP). If GBS is exclusive, this one is altogether more select, affecting about 500 people in the UK at any one time. It means that I have to spend a week in hospital once every eight weeks to get pumped full of good anti-bodies, which give me five-to-six weeks of good legs before they start to decline. 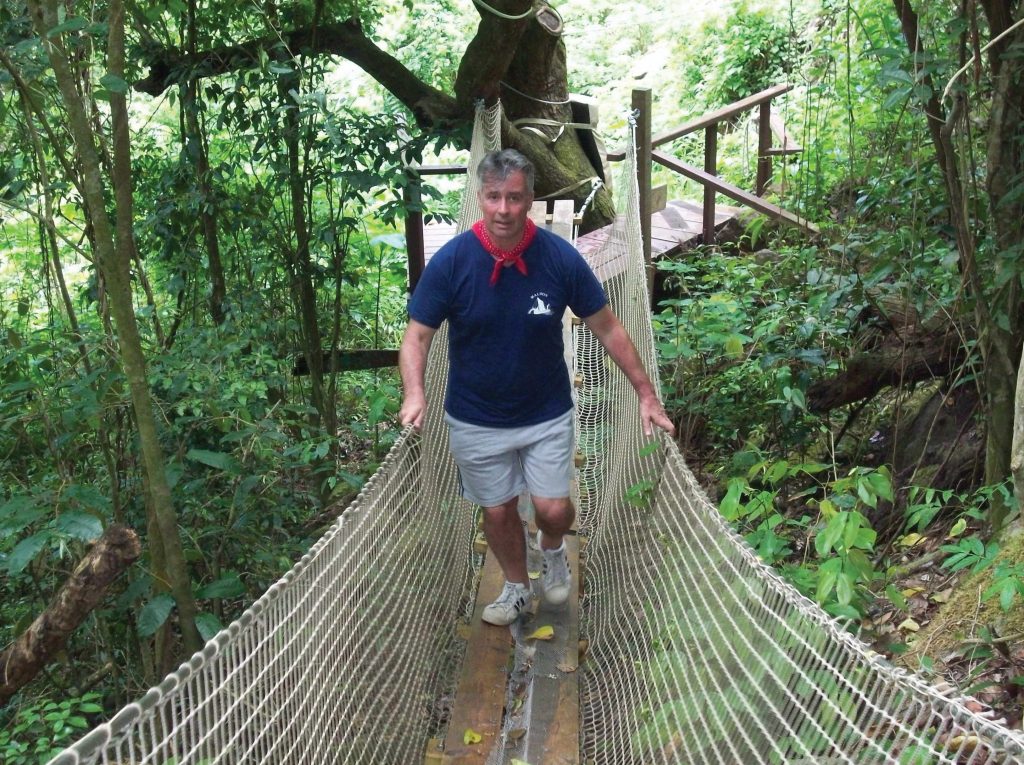 I live in two month windows, so perhaps the circumnavigation’s off. But that doesn’t stop you dreaming. And when I wasn’t on the water in Antigua I enjoyed ambling through the historic Nelson’s dockyard, when it’s restored Georgian buildings, and neighbouring Falmouth harbour, which are both boat-spotter’s paradises. There I spotted the high-tech leviathan Maltese Falcon, which when built in 2006 for her original owner, venture capitalist Tom Perkins, at a reputed cost of $200-million-plus was the largest private sailing yacht in the world. These days she’s for hire at $600,000 a week. Elsewhere lay a flotilla of the world’s most gorgeous classic yachts which had gathered in April for Antigua Classics week, one of the most glamourous events on an international classic yacht sailing circus that travels the globe with the seasons, chasing the sun from St. Tropez to New England. There, at her morning, lay the achingly beautiful 94ft Sumurun, built in Scotland in 1914, after taking overall honours among 65 world-class classics. Maintained to perfection with a gleaming white hull and lustrous honey varnish I drank in her lines and dreamed. As I slipped a cappuccino my eyes fell on the Antigua yacht club notice board, where boat gypsies loitered, looking for their next berth, chasing their own dreams. Sailing makes dreamers of us all; the trick is to make them happen.